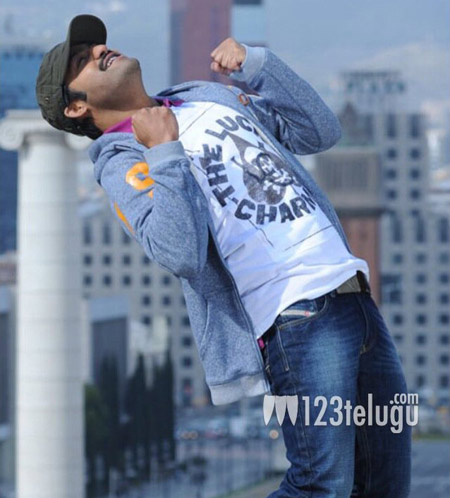 Young Tiger NTR’s ‘Baadshah’ is in the final stages of production and the movie is gearing up to hit the screens in a big way on April 5th. In keeping with the title ‘Baadshah’,the film is being produced on a lavish scale by Bandla Ganesh. NTR is looking very stylish and a lot of money has been spent on his costumes. There is a scene in the film where NTR comes in wearing a suit and a pipe. The designers reportedly used a fabric that costs approximately Rs 1 Lakh per meter for this suit. The visuals showing NTR in this costume have not come out yet.

A production source has also informed us that the total cost of costumes used in the movie has come to a staggering figure in excess of 3.5 Crores.

Sreenu Vaitla is the director of this movie and Kajal Aggarwal is the heroine. Thaman has composed the music while Gopi Mohan and Kona Venkat have penned the script. The audio launch will take place on March 10th.