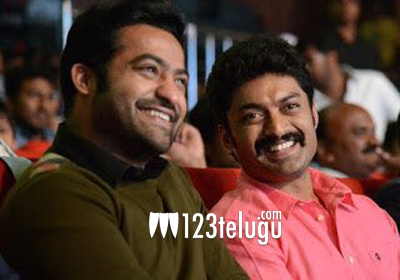 After the release of ISM last year, Kalyanram took enough time to finalize his next movie. He was reportedly in talks with a couple of directors. But according to the latest reports​, Kalyanram’s next will be directed by debutant Upendra Madhav, an erstwhile assistant to Sreenu Vaitla.

Interestingly, Kalyanram’s next has reportedly​ been titled MLA, with the tagline Manchi Lakshanaalunna Abbayi. Incidentally, this was the title that was under consideration for Young Tiger NTR’s movie in Harish Shankar’s direction and Kodali Nani’s production that didn’t go on floors a few years ago.

Apparently, Kalyanram will be essaying the role of an MLA in the movie. This project is still in the talks and we will have to wait for an official announcement.