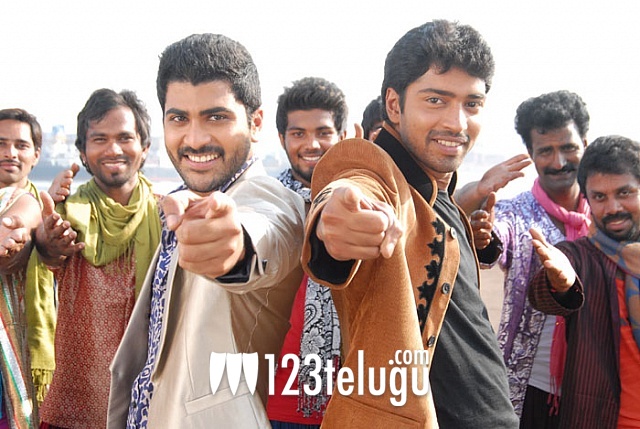 Allari Naresh, Sharwanand and Shriya Saran starrer Nuvva Nena is expected to hit the screens on March 16. Narayana has directed the film and Vamshi Krishna is producing the film on SVK Cinema banner. The film is a romantic comedy entertainer and it is said to be a remake of a Hindi film titled Deewana Mastana. Allari Naresh and Sharwanand will be seen as two youngsters in love with Shreya and they conspire against each other to gain the upper hand and win her affection.This is the first time that Sharwanand and Allari Naresh are teaming up for a film post the critical success of Krish’s Gamyam. Bheems has composed the music for this film.