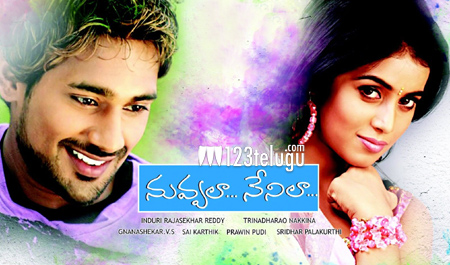 Varun Sandesh will soon be seen in a film titled Nuvvala Nenila. Trinadh Rao is directing the film and Induri Rajasekhar Reddy is producing it under Amogh Creations banner.

Poorna is playing the lead role opposite Varun Sandesh in this romantic film. The film has finished its shooting formalities and has gone under the post production mode.The makers are planning to release the audio this month and are planning for a movie release this month end.