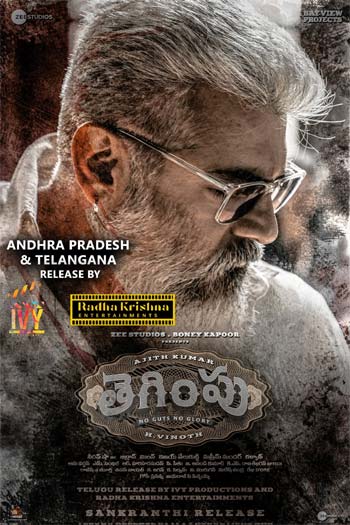 Ajith is coming with Thunivu in the coming Pongal season. It’s been a while since Ajith scored a huge hit, and all eyes are now on this biggie. H. Vinoth directs the movie, and this is the third straight film for him with the star actor.

The latest news is that the movie has locked a decent runtime of 2 hours and 23 minutes. The film’s USA distributor Saregama Cinemas has revealed the news officially, and it is good that a heist thriller is kept below two and half hours.

The movie will be released as Thegimpu in Telugu by Radhakrishna Entertainments and IVY Productions. Boney Kapoor has produced the film, and it has Manju Warrier in a crucial role. Ghibran scores the tunes.