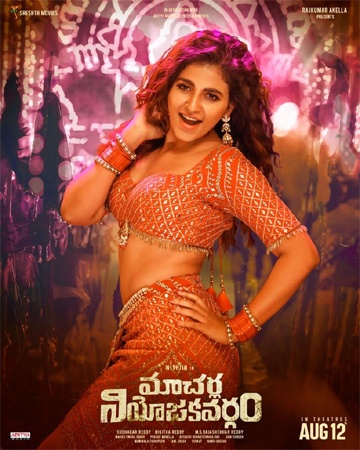 Young and promising actor Nithiin will be next in an action entertainer titled Macherla Niyojakavargam. Directed by MS Raja Shekhar Reddy, the film has Krithi Shetty and Catherine Tressa as the female leads.

The latest news is that the makers have unveiled that the Tollywood actress Anjali is doing a special song in this movie. The makers have released a brand new poster to announce the same. She will sizzle with the actor Nithiin in this mass song, composed by Mahati Swara Sagar.

Sudhakar Reddy and Nikitha Reddy produced this movie under Sreshth Movies. The high-budget movie will be released in theaters on August 12, 2022, worldwide.