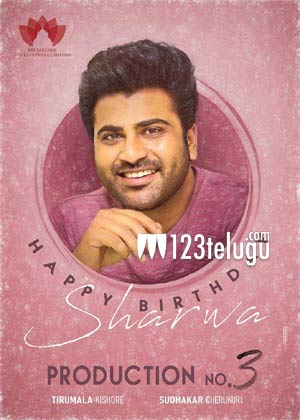 After being in the speculations for the last few weeks, hero Sharwanand’s new film under Kishore Tirumala’s direction has been made official this afternoon on the occasion of the actor’s birthday. Sudhakar Cherukuri will be bankrolling this project under his Sri Lakshmi Venkateshwara Cinemas banner.

Apparently, the Sharwa-Kishore Tirumala film will be an out-and-out entertainer and the film will bring the actor back in the entertainment zone after a long time. Even though the makers are yet to make an official statement, it’s being said that Sai Pallavi has been roped in to play the female lead in the movie.

Incidentally, both Sharwa and Sai Pallavi fussy paired with each other in Padi Padi Leche Manasu, which was produced by Sudhakar Cherukuri. More details about the trio’s new film will be out soon.