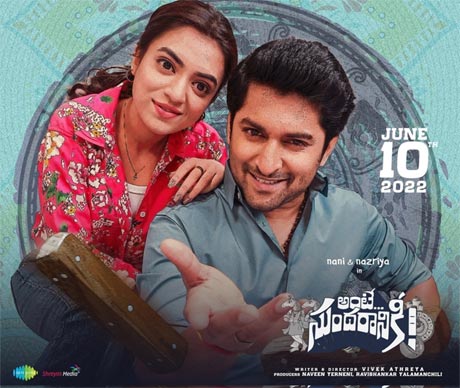 Nani-starrer Ante Sundaraniki is up for a grand theatrical release tomorrow across the globe. Malayalam beauty Nazriya Fahadh is the female lead in this romantic comedy entertainer directed by Vivek Athreya.

The filmmaker took to his Instagram profile and announced that Netflix has bagged the digital streaming rights of Ante Sundaraniki. He also confirmed that the movie will not be released anytime soon on the OTT platform.