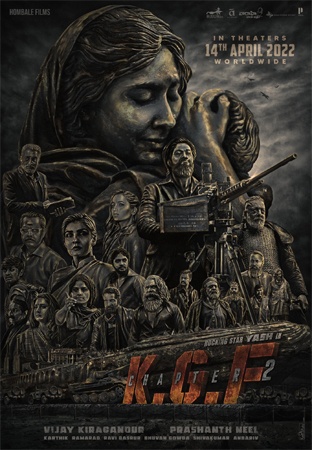 And the big announcement regarding the release date of the most eagerly awaited pan-India period gangster drama, KGF Chapter 2, has been made by the film’s makers. Hero Yash and director Prashanth Neel took to Twitter and announced that the film is going to hit screens on 14th April, 2022.

Thanks to the massive success of KGF Chapter 1, expectations on hype around KGF Chapter 2 are unprecedented. The film’s teaser has smashed several existing YouTube records. Fans are eager to know how Rocky’s story will be ending in this high budget entertainer.