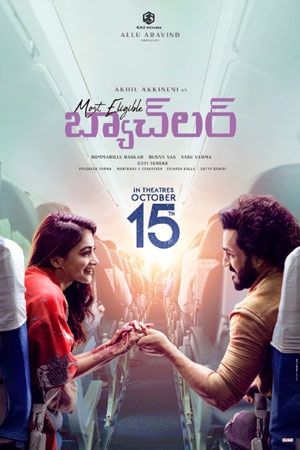 The makers of Akhil Akkineni and Pooja Hegde’s eagerly awaited romantic entertainer, Most Eligible Bachelor, have just announced the film’s release date. MEB will be opening in cinemas worldwide on October 15th during the Dasara festive season. A breezy and romantic poster has been unveiled to announce the new release date.

Most Eligible Bachelor was supposed to release on October 8 initially. However, the film has now been postponed by a week due to reasons unknown. The film’s success is quite crucial to Akhil and Bommarillu Bhaskar. Bunny Vas and Vasu Varma have produced the movie under Allu Aravind’s presentation. Gopi Sundar is the music composer.