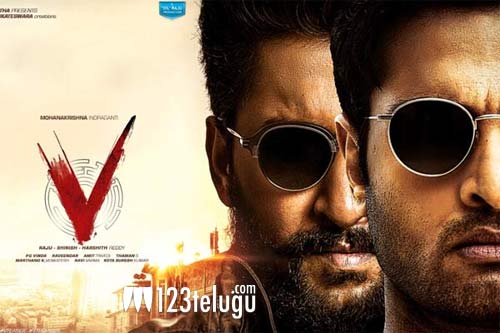 It’s official now. Ending the weeks long speculations, the makers of Nani’s silver jubilee film, V, have just announced that this much-awaited film will have its world digital premiere on Amazon Prime Video on September 5. A short teaser was released to announce the news.

V was supposed to hit screens on March 25, on the auspicious occasion of Ugadi festival. On the other hand, Nani posted an emotional message requesting all his fans to make this 25th of his official. He said that times are testing and when theaters are open, he will enthrall everyone with Tuck Jagdish.