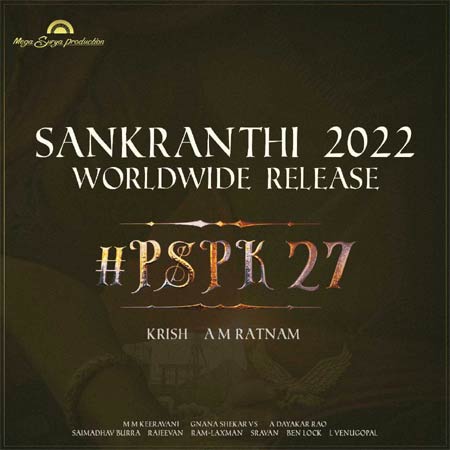 As being speculated, star hero Pawan Kalyan’s highly-anticipated period action drama under Krish’s direction has been confirmed for a Sankranthi festive release early next year. The exact date of release will be announced later this year. The makers have come up with the official announcement just a while ago.

This would mean that Pawan Kalyan will be locking horns with none other than Mahesh Babu, as the latter’s Sarkaru Vaari Paata too has been confirmed for a Sankranthi, 2022 release. PSPK27, tentatively titled Harihara Veeramallu, also features Bollywood stars Arjun Rampal, Jacqueline Fernandes and iSmart Shankar girl Niddhi Agerwal. AM Rathnam is bankrolling this ambitious pan-India film.