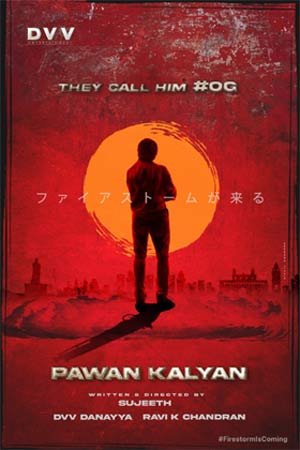 Ardent fans of Pawan Kalyan are so happy with the news that has been doing rounds on social media since yesterday. As expected, the star actor’s new movie is announced today.

After 3 years of gap, director Sujeeth of Saaho fame wielded the megaphone for this new project. The makers have released a new poster of the untitled film that comes with a caption, “They call him OG.” The reddish poster looks engaging in which Pawan Kalyan’s shadow resembles a gun.

This is the immediate project of DVV Danayya of DVV Entertainment after RRR. Ravi K Chandran to crank the camera for this movie. The key cast and crew details will be out in the near future. The shooting will commence soon.

We are extremely elated to associate with @PawanKalyan Garu, for our next production.⚡️⭐️