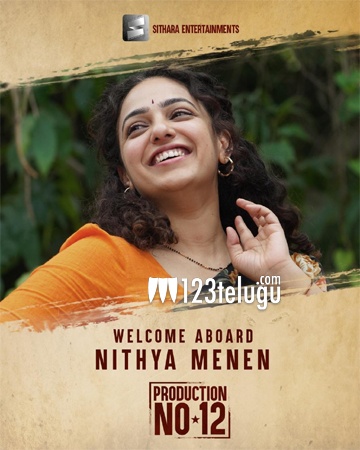 Finally, confirming the months-long speculations, the makers of Pawan Kalyan and Rana Daggubati’s much-awaited multi-starrer today announced that talented Malayalam actress Nithya Menen has joined the film’s cast. Even though the makers are tight-lipped about Nithya’s role, the actress is rumored to be portraying Pawan Kalyan’s wife in the movie.

Welcoming Nithya on board, the makers at Sithara Entertainments hailed the actress as an “exceptional and proficient talent.” This as-yet-untitled film is an official remake of the acclaimed Malayalam action drama, Ayyappanum Koshiyum and Pawan plays the role of a dutiful cop named Bheemla Nayak.

Saagar K Chandra is directing this crazy project and Trivikram is looking after the screenplay and dialogues department. Thaman is composing the soundtrack and Ravi K Chandran is cranking the camera.