Official update on Bollywood stars’ entry in Pawan Kalyan’s HHVM
Published on May 29, 2021 7:05 am IST 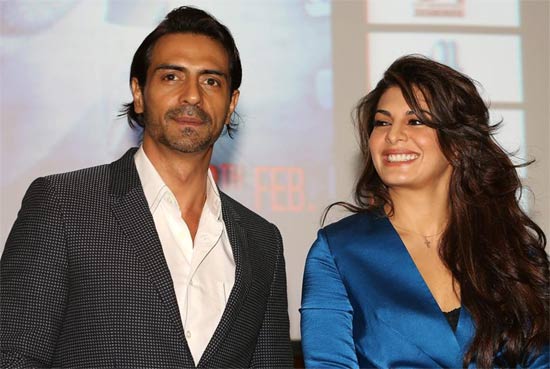 It’s well known that Bollywood stars Arjun Rampal and Jacqueline Fernandez will be playing key roles in Pawan Kalyan’s highly-anticipated period action drama, Hari Hara Veera Mallu. While Arjun will be seen in the role of Aurangzeb, Jacqueline will be playing a Mughal Queen in this 17th century magnum opus.

Even though 50 percent of the film’s shooting has been wrapped up already, neither Arjun nor Jacqueline have shot for HHVM till date. Now, in a latest interview, the film’s producer AM Ratnam revealed that both Arjun and Jacqueline will be joining the shoot whenever the next schedule commences in Hyderabad once the lockdown is lifted and film shootings are given permission. Krish is directing the movie.