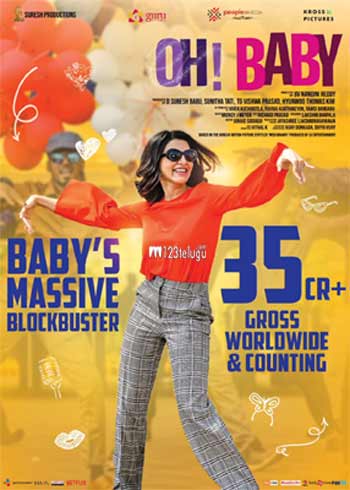 Samantha’s latest outing, Oh Baby has been declared a box office hit. After completing 10 days run, the film is still minting decent revenues in all areas and has crossed 35 crores worldwide gross.

As per the trade predictions, the film will cross the 1 million mark by the end of its full run at the US box office. Director Nandini Reddy has also bounced back to success with the movie.