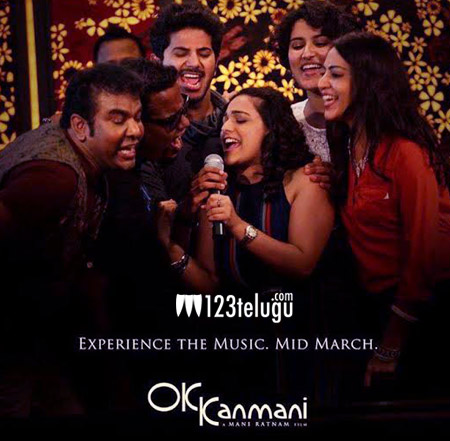 As we all know that Mani Ratnam’s next, Ok Bangaram is gearing up for release soon. Latest update is that the makers are planning to release the audio of the film in mid March.

A R Rahman composes the music and P C Sreeram is the cameraman. Dil Raju is bringing us this film in Telugu. Malayalam star Dulquar Salman and Nithya Menon will be playing the leads along with Prakash Raj.