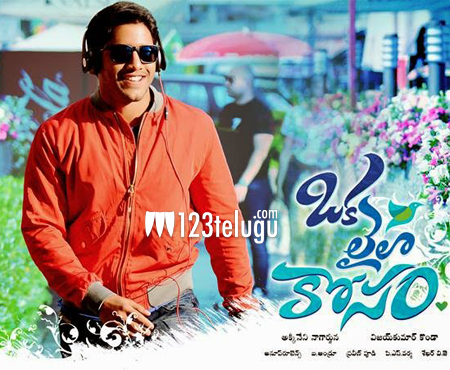 Naga Chaitanya’s Oka Laila Kosam finally saw the release light and impressed everyone with its content. According to the latest estimate, the film has collected 5 crores on the first day of its release.

OLK is director Vijay Kumar Konda’s latest flick after his successful Gunde Jaari Gallanthayinde. The movie saw some good openings in both multiplexes and single screens. Pooja Hedge is playing the female lead opposite Naga Chaitanya in this film which also has Ali and Sayaji Shinde in major roles.