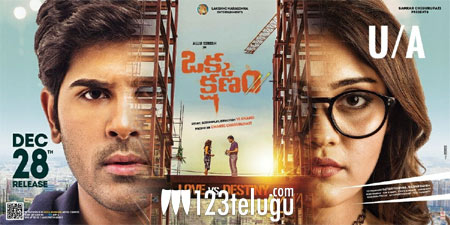 Now that the release date of Okka Kshanam is nearing soon, the makers are promoting the film on a huge level. The latest we hear is that the censor formalities of the film have been wrapped with a U/A certificate.

With this, the film is officially ready for release on the 28th of this month and things are looking quite interesting. V I Anand directs this film which has Allu Sirish and Surabhi as the main leads.

The film has been in the news for a while now and this has only helped the movie gain good publicity. Allu Sirish has pinned a lot of hopes on this project so that he would cement his place in the industry.