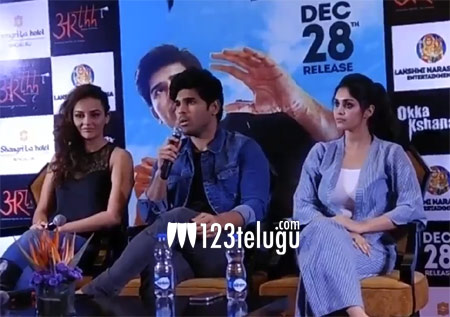 Allu Sirish is quite confident about his new film Okka Kshanam which is up for a release this Thursday. The young hero is busy promoting the film all over and speaking in an interview, he said that his team has plans of dubbing the film in other languages as well.

Sirish also added that as the film’s subject is quite universal, they are planning to dub the film. The film has a very unique subject of same happenings in parallel life and is being tried for the very first time in Telugu.

V I Anand directs this film which has Surabhi and Seerat Kapoor as the female leads.