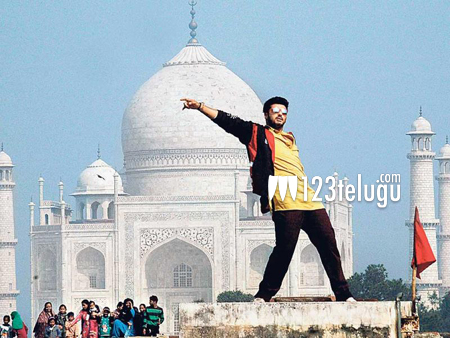 Okkadu was a block buster hit in Tollywood. It stands out as one of the best movies in Mahesh’s career. This movie was shot at a specially erected set of Charminar. The flavour of Hyderabad and Charminar added to success of this movie big time. Now, Arjun Kapoor is playing the lead in the hindi version of this film, ‘Tevar’. A motion poster of this film was released and it is quite evident that this movie will have Taj Mahal instead of Charminar. Looks like the story has been tweaked for Bollywood. Lets hope the flavour of the film remains intact.

Whether Taj Mahal was a specially erected set or if they shot the film at the real place is yet unknown. Shruti Hassan will be seen in an item song of this film. This movie is gearing up for a January release.