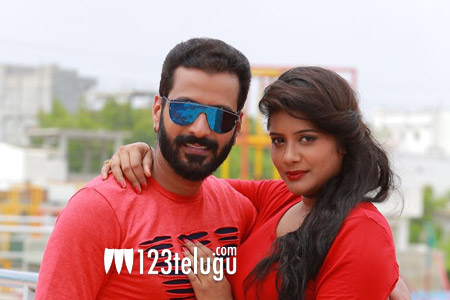 Noted producer, RB Choudary’s son, Jithan Ramesh’s new film, Okate Life with the tagline Handle With Care is gearing up for a August 22nd release. Touted as a youthful entertainer, Srushti Dange plays the female lead in this film.

To announce the release date, the film unit arranged a press meet. Speaking at the event, the film’s producer Narayan Ram said: “Okkate Life is a youthful entertainer which has a good social message in it”.

He also added that the main theme of the film will revolve around Social media and how the current generation is neglecting human relations by getting addicted to Technology.

Venkat is the film’s director and Ambirish composes the music.