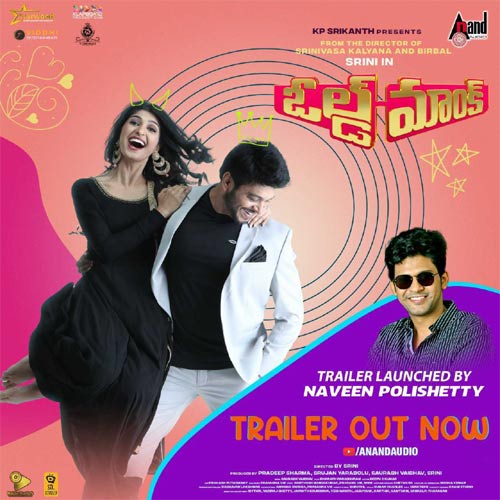 Off late so many Kannada films are coming out one after the other. Next in line is a film called Old Monk that is directed by MG Srinivas, the talented director, and actor in Kannada films.

Now, the trailer of Old Monk is out and it looks quite entertaining and funny. The film stars Srini and he does well in his fun role. The one-liners, setup, and comic angle look quite funny in the trailer.

Aditi Prabhu Deva is also cute in the role and the comedy generated through old people looks good. The theme has been kept youthful and visuals are fresh.

The film is produced by RK Nallam and Ravi Kashyap of Klapboard Productions who also dubbed the Kananda film Dia in Telugu.

In association with Starwood Entertainments, they are producing this film whose release date will be revealed soon.