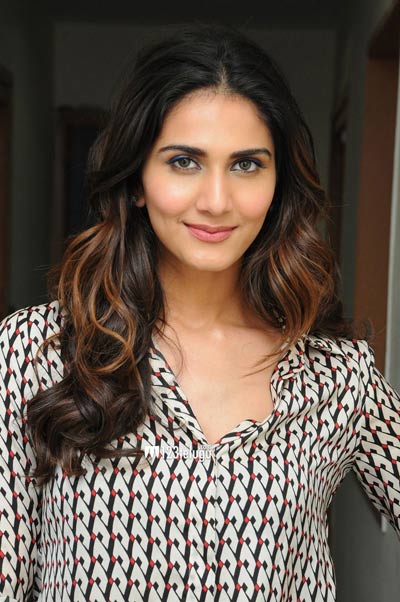 Vani Kapoor comes across as a bold and no nonsense lady. She is playing the lead role in the movie ‘Aaha Kalyanam’, which is due for a release next week. Vani’s debut film ‘Shuddh Desi Romance’ had a lot of intimate scenes and people have been asking this actress if ‘Aaha Kalyanam’ has similar stuff.

Vani delicately evades the question and says that on screen kisses do not really bother her. “A kiss scene in a movie is good as long as the script demands it. There is nothing wrong in it. As for a kiss scene in Aaha Kalynam, you should watch the film to find out”, she was quoted as saying.

Nani and Vani Kapoor have essayed the lead roles in this romantic entertainer, which is a remake of the Bollywood blockbuster ‘Band Baaja Baraat’. Noted production house Yash Raj Films has produced this movie and it is their maiden South Indian production.