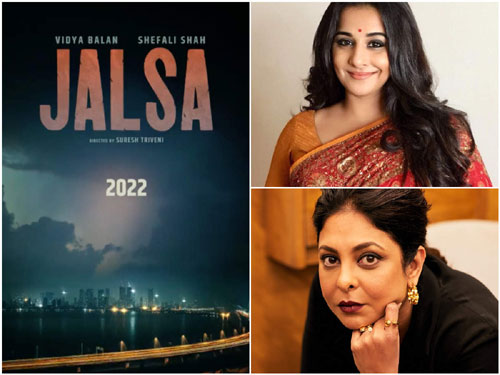 Vidya Balan is one of the top heroines in the country. Even after crossing 40, she is still doing lead roles in Hindi films.

Now, her new film, Jalsa is all set to hit the OTT market. The news is that this social thriller will skip the theatrical release and will be out on Amazon Prime.

Touted to be an intense drama, this film also has yet another powerful actress Shefali Shah in a key role. The film is directed by Suresh Triveni and the trailer will be out soon.