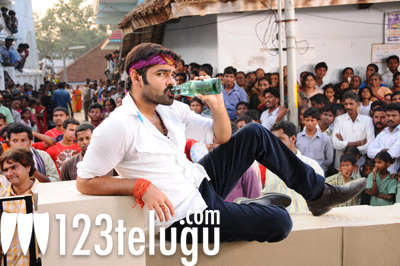 Ram’s upcoming film Ongole Githa is going to release in January. The film’s shooting is already over and currently, the post production is going on. Earlier, there were plans to release the film in the last week of December; however, producer BVSN Prasad has confirmed that the film has been pushed to January. Kriti Kharbanda is playing the lead role opposite Ram. Bommarillu Bhaskar has directed the film and BVSN Prasad has produced it under Sri Venkateshwara Cine Chitra India Pvt Ltd banner.

Talking about the film, BVSN Prasad said, “We are going to launch the audio in the last week of December and the film will release in January. The film is going to be a mass entertainer with a lot of family drama and Bommarillu Bhaskar has done a great job. The film syncs very well with Ram’s image as an energetic actor.” Prakash Raj and Abhimanyu Singh have played important roles in the film. GV Prakash has scored the music and Venkatesh is the cinematographer.