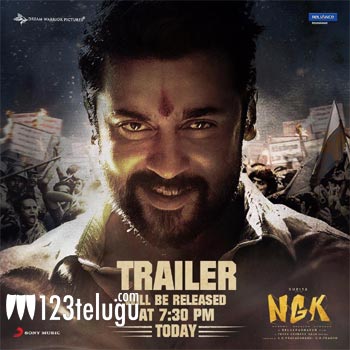 Surya is a famous star in Telugu and has given many hits in the past. Now, he is ready with his latest film NGK which will release on the 31st of May.

The film is directed by Selvarghavan and is a political drama. There is nothing much known about the film except for the fact that the film will showcase Surya in a serious avatar after a long time.

So, what the makers have in store for us will only be known through the trailer which will release today. Surya’s last few films did not click as much as they were expected.

So, he needs to get back and will that be provided through NGK needs to be seen.