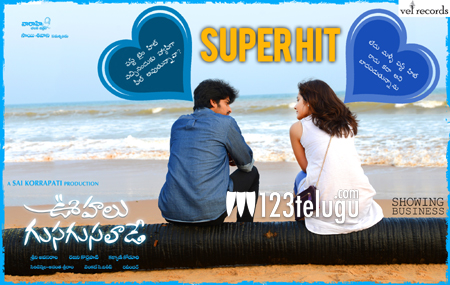 This year’s surprise hit so far is Srinivas Avasarala’s ‘Oohalu Gusa Gusalade’ and the film has generated good profits for the distributors and producer. Even so many weeks after release, the movie’s dream run is continuing with good ticket sales in multiplexes. It has already received lots of critical acclaim from almost everyone.

This warm and romantic entertainer has Naga Shourya and Rashi Khanna as the lead actors and they have been well directed by Srinivas Avasarala, who made his debut as a director with this film. Kalyani Koduri composed the music.