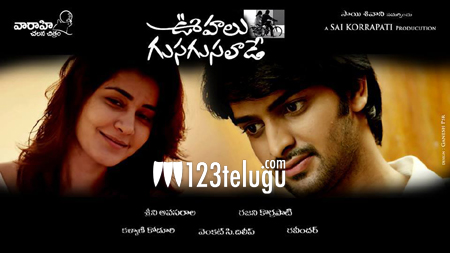 Srinivas Avasarala is all set to make his directorial debut this year and his upcoming film Oohalu Gusagusalaade is gearing up for release later this summer. Naga Shaurya and Raashi Khanna are playing the lead roles whereas Sai Korrapati has produced it.

The film’s censor formalities have been completed and it’s been given clean ‘U’ certificate. The film is a romantic comedy and it narrates the story of a young boy from Hyderabad who meets a Delhi girl in Vizag and how they fall in love with each other. Raashi Khanna plays Prabhavati, who is selfish and thinks she’s smartest girl in the world whereas Naga Shaurya is the lead actor. Srinivas Avasarala has played an important role.

Kalyani Koduri has scored the music. More details about the film will be revealed soon.