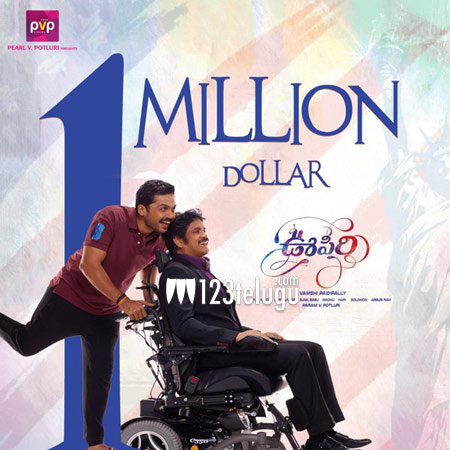 There is no stopping Oopiri. This Nagarjuna and Karthi-starrer light-hearted entertainer has deeply moved fans and film lovers with its emotional drama and subtle humour. The film is doing some solid business all over and it is particularly good in overseas.

As per the latest official figures, Oopiri has achieved its first major milestone in overseas by surpassing the coveted $1 million mark by 2 pm IST. The film has so far collected $1,005,739 (6.67 crore). With the positive talk still spreading, Oopiri is set to breach the $1.5 million mark comfortably.