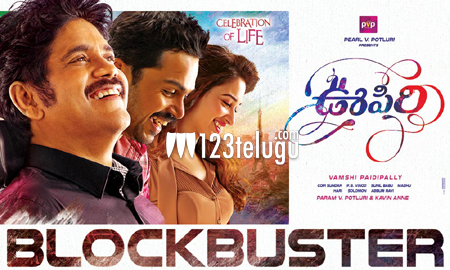 After a tremendous first five days, Nagarjuna’s Oopiri has collected 4.02 crores in the Nizam area. The collections during the week days has been steady as both the mass and class audience are lapping up the film big time.

Oopiri is the remake of the French super hit The Intouchables, and is directed by Vamsi Paidipalli. The film has now crossed the 1 million mark in the US market and is racing ahead with good figures at the US box office.

Produced by PVP cinema, Oopiri also has Karthi and Tamannah in major roles. Gopi Sundar is the music director.