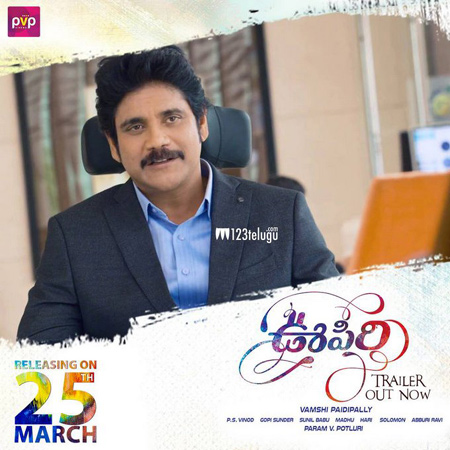 The theatrical trailer of Nagarjuna and Karthi-starrer Oopiri was unveiled yesterday and there is no exaggeration in saying that each and every fan and film lover has fallen in love with the beautiful and touching emotions of love and companionship it portrayed. Nag seems to be only getting better in choosing quality projects with each film.

Oopiri has been produced by Potluri V Prasad and he is quite upbeat about the film, which he claims to be the best in Nagarjuna’s career. The proud producer also said that this Telugu-Tamil bilingual has been made with a budget of nearly 50 crores.

Oopiri is a remake of the superhit French drama, The Intouchables. The film is gearing up for its release on March 25.