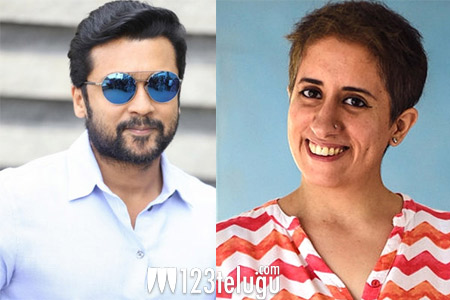 Acclaimed producer Guneet Monga, who has been the force behind several films including Lunch box and Gangs of Wasseypur, has teamed up with Suriya’s 2D Entertainment Pvt Ltd to co-producer films in Tamil. Considering that Guneet has largely focused on producing Hindi films, this is a surprise move.

The producer recently won an Oscar for Best Documentary Short Subject for Period – End Of A Sentence. Recently, Guneet confirmed that she is onboard Suriya’s upcoming film under Sudha Kongara’s direction. The film is likely to take off soon.

Currently, Suriya is busy wrapping up KV Anand’s Kaapan which will release later this year. The actor also has Selvaraghavan’s NGK lined up for release in summer.