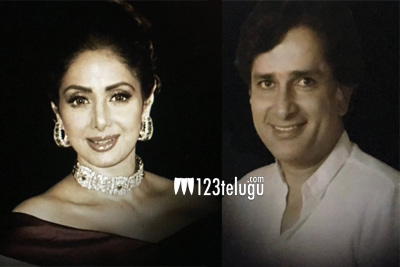 Legendary actress Sridevi was popular not only in the South and across the country, but she also enjoyed a great amount of adulation in the West and in Hollywood during her prime. In fact, Sridevi rumored to have declined Steven Spielberg’s offer to be part of Jurassic Park due to a dates clash.

This morning, at the ongoing 90th Oscars ceremony, the Academy paid homage to Sridevi along with several luminaries of world cinema who passed away in the last one year. The Academy Also honored popular Bollywood actor-filmmaker Shashi Kapoor, who was dear to the West through many of his associations with the Merchant Ivory Productions. Shashi Kapoor breathed his last on December 4 last year.