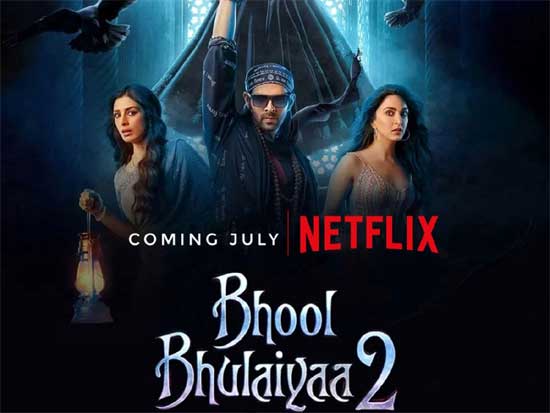 Hindi films are flopping back to back and this has worried even the stars these days. But Bhool Bhulayya 2 is one film that has hit the bull’s eye now.

The film starring Karthik Aryan and Kiara Advani has crossed the 180-crore mark to date. The word now is that the film will be out on July 17th on Netflix as per the news.

Directed by Anees Baazme, this film is the sequel to Bhool Bhulayya which had Akshay Kumar as the main lead. As it is a horror comedy, the audience is loving the film and is watching it on the big screen.