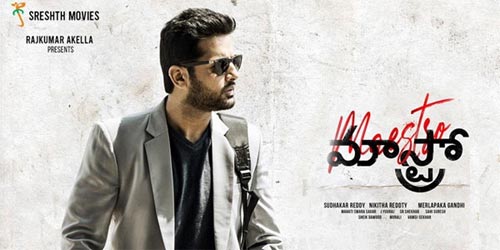 Nithin is doing a film called Maestro and we all know that. The film is the official remake of Hindi hit Andha Dhun and has Tamannah in a key role. Merlapaka Gandhi directs this film.

For the last few weeks, there has been news that the film will skip its theatrical release and will be out on OTT. This news went viral and made fans excited.

Now, the update is that the film will be indeed out on Hot Star as the makers have cranked a solid deal. Nithin will be seen as a blind man in this film.