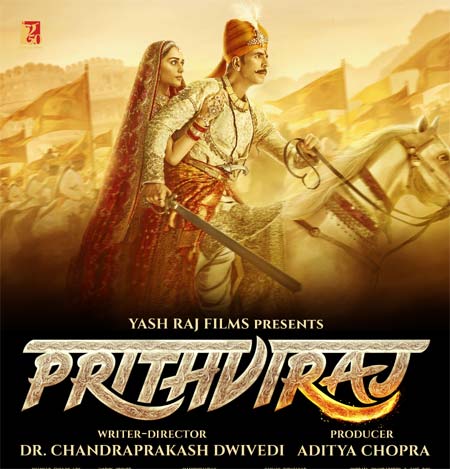 Akshay Kumar’s recent outing ‘Samrat Prithviraj’ which was released on June 3rd is all set to make its OTT arrival within a week’s time. Few reports indicate that this Akshay Kumar starrer will stream from July 1st at 12.00 AM on Amazon Prime Video.

The movie was made on a huge budget of 300 crores making it the costliest movie in Akshay Kumar’s career. The film is produced by Yash Raj Films and it features former Miss World Manushi Chhillar who made her acting debut with this movie. But unfortunately, the movie didn’t fare well at the box office and the director Chandraprakash Dwivedi took the blame for its underperformance.

While the film didn’t meet its expectations on the big screen, let us now see how it is going to be received on its OTT release.