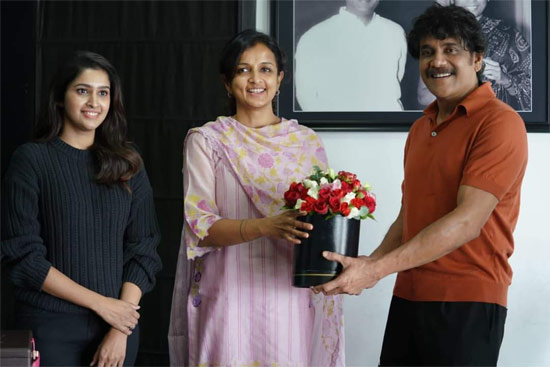 After presenting the comedy-drama ‘Oka Chinna Family Story’ from Pink Elephant Pictures, ‘Loser 2’ from Annapurna Studios stable, ‘Gaalivaana’ from BBC Studios and NorthStar Entertainment, it most recently came out with ‘Recce’ and ‘Maa Neella Tank’. On August 12, it will stream ‘Hello World’, a new web series.

‘Paper Rocket’ is another latest offering from the streaming giant Zee 5. A feel-good series, it tells a heart-warming tale and is directed by Kiruthiga Udhayanidhi, who is the daughter-in-law of Tamil Nadu Chief Minister MK Stalin.

Produced by Sreenidhi Sagar of rising East Production, the series is all set to premiere on ZEE5 from July 29 onwards. Watch this space for more updates on this project.

Thank You @iamnagarjuna garu for sharing with us, your PAPER ROCKET memories

Here's a glimpse that'll make you want everything from life. Get ready to receive life for what it is, in its truest sense, fresh & lively!