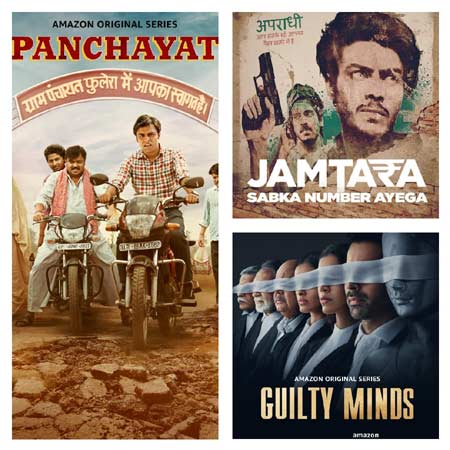 There is a significant boom in the OTT content of late. Initially, the target audience used to be the urban audience for the OTT players with more smartphones and internet broadband facilities being present in cities. Now the situation has changed completely. The majority of the people living in villages own a smartphone.

India is made up of several small villages. Hence the makers considered this aspect and are creating stories accordingly. Be it the Amazon Prime Video’s Panchayat, Suzhal, Mirzapur, Zee5’s Maa Neella Tank, Sutliyan, or Netflix’s Jamtara the stories have their roots in rural India.

Speaking in detail, the Panchayat show dealt with the problems a village generally faces. Be it the power cuts, superstitions village people will generally have, or problems faced by them due to lack of toilets, the way they were shown by adding slight humor won people’s hearts. It gained a lot of viewership and appreciation.

In one of the episodes in the series Guilty Minds, the drought issue faced by villagers at the cost of industrialization is beautifully depicted. Even the urban audience is enjoying this content that resonates with the rural heartland.

India is a country with enormous diverse culture. OTT platforms are trying to explore more such untold stories. The genres might be different but the stories are being incorporated with the countryside with a heart in them. More such stories will be unleashed soon.