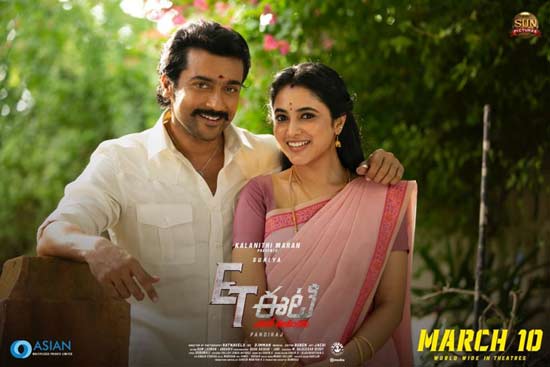 Tamil superstar Suriya’s forthcoming film ET is up for theatrical release on the 10th of this month. Here is an update related to the OTT streaming partner of the action drama.

The post theatrical digital streaming rights of ET were acquired by Sun NXT and Netflix. The film will be streaming in these two platforms weeks after its theatrical release.

ET is directed by Pandiraj and it has Suriya and Priya Mohan in the lead roles. The film is releasing on 10 March. ET is billed to be a proper action drama.