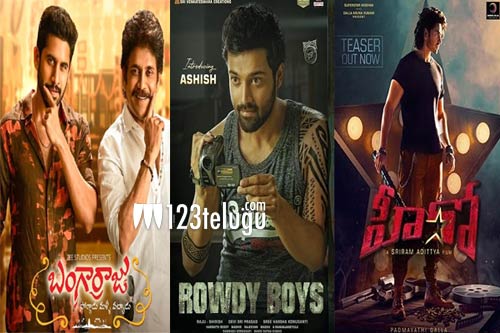 A total of 3 notable films, namely Bangarraju, Rowdy Boys, and Hero are hitting the silver screens this Sankranthi season.

Here is an interesting update on the OTT streaming partners of these three Sankranthi releases.

Nagarjuna’s Bangarraju will be made available for streaming on ZEE5 post its theatrical release. Same is the case with Ashish and Anupama Parameswaran’s Rowdy Boys as well. This film will also premiere on ZEE5.