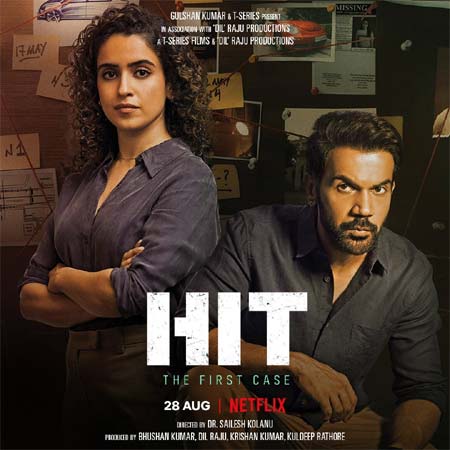 The Hindi remake of Vishwak Sen’s HIT: The First Case has been recently released in theatres and it turned out to be a major disappointment. This Rajkummar Rao starrer failed in grabbing the attention of the audience like that of its original.

Now the latest update is that the film will have its OTT premiere on August 28 on Netflix. The OTT platform gave the official information a while ago. Sanya Malhotra played the female lead and the film is helmed by Sailesh Kolanu who also directed the original Telugu version.

Famous Telugu producer Dil Raju co-produced the film in association with Bhushan Kumar, Krishan Kumar, and Kuldeep Rathore. Those who missed watching it in theatres can enjoy the film on Netflix from this Sunday.