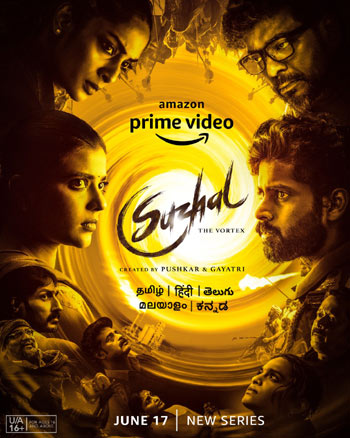 OTT giant Amazon Prime Video has released a motion poster to announce this multilingual web series. The video glimpse reveals the major cast of the series.

Pushkar-Gayatri also produced this series, which has Radhakrishnan Parthiban, Sriya Reddy and others in pivotal roles. Suzhal: The Vortex season 1 will be out on the OTT platform on June 17, 2022, in Telugu, Tamil, Malayalam, Kannada and Hindi.