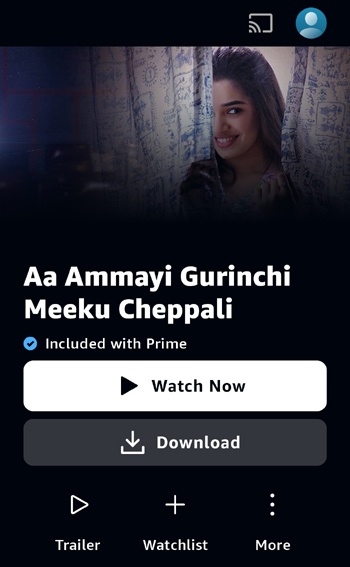 The film is now available to stream on Amazon Prime Video in Telugu audio with English subtitles. The movie didn’t succeed on the big screens as it opened mostly to mixed reviews. The OTT premiere happened two weeks after the theatrical release.

Srinivas Avasarala, Rahul Ramakrishna, Vennela Kishore, and others are also a part of this romantic drama. Produced by Benchmark Studios in association with Mythri Movie Makers, the film has tunes composed by Vivek Sagar.