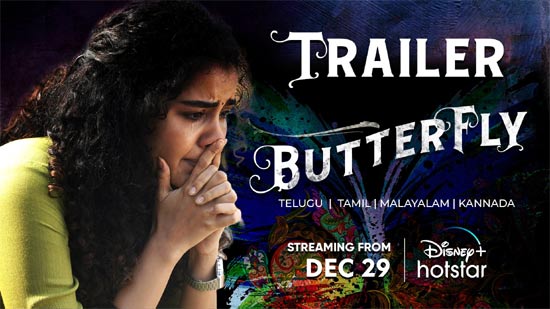 Gorgeous actress Anupama Parameswaran has back-to-back releases this month. While 18 Pages is up for a grand release on December 23, 2022, her other movie Butterfly is locked to directly release on Disney Plus Hotstar on December 29, 2022.

Post the announcement of the streaming date, Hotstar unveiled the trailer of the mystery thriller. Going by trailer, an unknown person kidnaps kids and kills them after he receives ransom. Anupama’s kids are also kidnapped and what she does next forms the rest of the story. Crisp cut and intense music make the trailer a good one.

The nail-baiting thriller has Bhumika Chawla, Rao Ramesh, Nihal Kodhaty, and others in pivotal roles. Besides Telugu, the OTT film is also confirmed to release in other major South Indian languages.