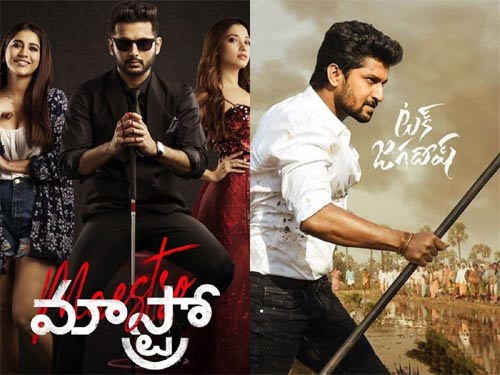 Tuck Jagadish was the biggest film so far to come out on Amazon Prime. Now, Nithin’s Maestro will also be aired from tonight onwards on Disney Hotstar.

Though Tuck Jagadish received mixed reviews, the film made record views on Amazon and became the most-watched film on Prime video.

Now, the ball is in Nithin’s court. Will Nithin’s film create any such record that needs to be seen. The film is the remake of Andha Dhun and has Tamannah in a key role.

There is a decent buzz for the film and we need to see what kind of impact does it create.