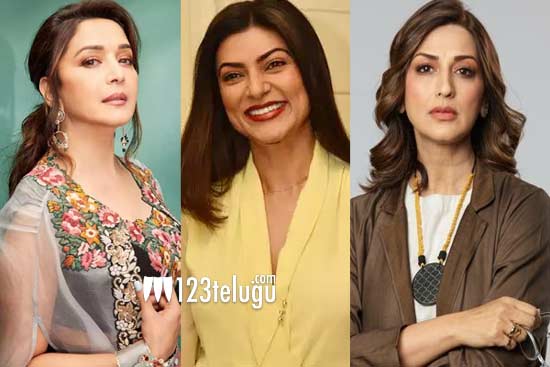 On Monday Kajol announced that she is stepping into the OTT segment. Raveena Tandon, Sushmitha Sen, Sonali Bendre, Madhuri Dixit, and Karishma Kapoor have already forayed into this booming segment. They are not restricting themselves just to the big screen entertainment.

Sonali Bendre opines that OTT is giving more scope for actors to do roles that are not even imagined and without having any restrictions. Sushmitha Sen did a splendid job in the Arya series. She portrayed the role of a single mother who undergoes a lot of struggle to save her family in a brilliant way. Also this generation’s star heroine Samantha made a terrific debut with The Family Man and has shown us what she is capable of.

Saif Ali Khan entertained the audience and critics with his laudable performance in the Sacred Games which is the pioneer in Indian OTT. Recently Ajay Devgn too made his mark with the Hotstar series Rudra The Edge of Darkness.

The new kind of characters, the hunger to challenge themselves as actors in different roles, and the kind of new concepts coming into the OTT space may be termed as the reasons for this. And also a lot of scope is being given to female characters which is an appreciable sign.

Very soon Shilpa Shetty and Juhi Chawla will be seen in this OTT space. In the coming days, we might also get to see a lot of young actors and actresses venturing into OTT. This might pave the way to making the best kind of content across genres.