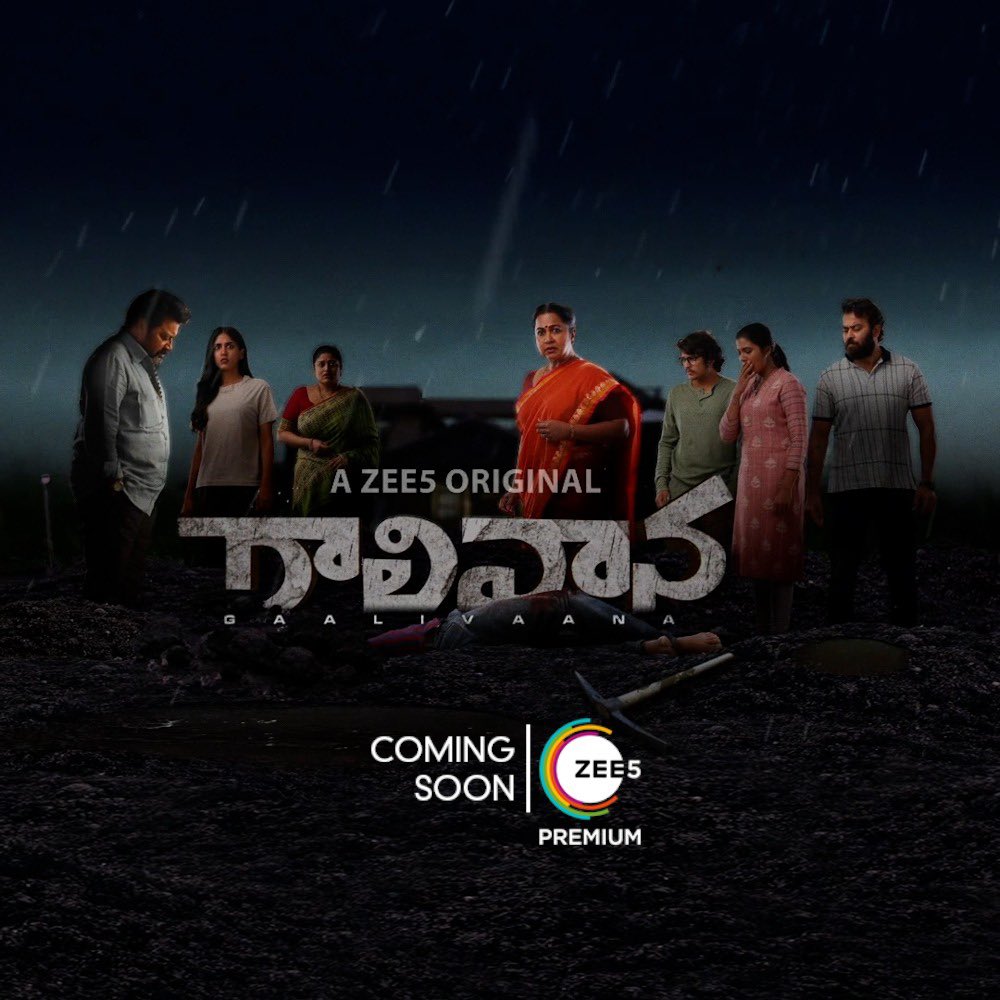 ZEE5 is one of the leading OTT platforms in India. Now, the streaming platform has announced its next Telugu web series titled Gaalivaana. Billed to be a suspense thriller, the ZEE5 original is helmed by Sharan Koppisetty of Thimmarusu fame.

The makers have released a small video glimpse to announce the title and the cast of Gaalivaana. Going by the teaser, it is confirmed that senior actress Radhika Sararthkumar, Sai Kumar, Chandini Chowdary, Chaitanya Krishna, Tagubothu Ramesh, Nandini Rai and others are playing key roles in this web series.

Produced by BBC and Northstar Entertainment, the original series has the music of Sricharan Pakala and the cinematography of Sujatha Siddharth. However, the makers haven’t announced the release date yet. Keep watching this space for more updates.