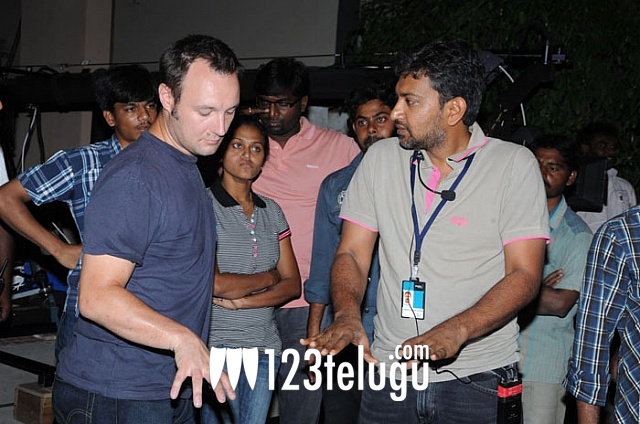 Ace director S.S.Rajamouli is giving the finishing touches to his ambitious special effects extravaganza, Eega. The movie’s audio launch will take place on the 30th of this month and the film will be hitting the screens on April 12th, as per the information we have from reliable sources.

Rajamouli says that the ‘Eega’ in the film is a very smart one. “It takes revenge on humans in a very intelligent way and it will be great to see it on screen”. The super successful director also says that music will be an integral part of the film. Keeravani has composed the tunes for ‘Eega’ and Rajamouli is upbeat about the music. Rajamouli has used cutting edge technology for the movie and extensive special effects. A team of international special effects experts have worked on the movie and the results are said to be quite spectacular.