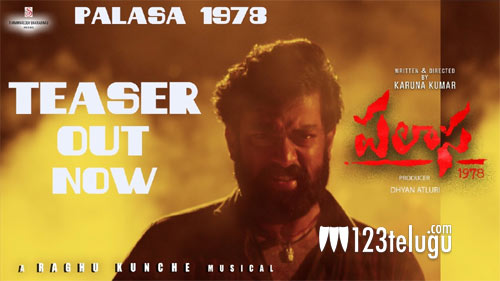 Palasa 1978 is a film that created a decent buzz with its teasers. The film is a hard-hitting village drama with a dose of violence and will be released soon.

The news is that the film has had censor issues and close to 20 cuts have been instructed by the board for the over usage of cuss words. Raghu Kunche plays the main villain in the film and he has also scored the music.

The film is based in Palasa which falls in Srikakulam district. Directed by Karuna Kumar, this film will have some of the most realistic performances say the sources.